I have this Gnomish Timeline I believe combined from various sources. and some other excerpts about Gnomes.

History
3002 BC. The Great Blackmoor spaceship “Uther’s Name” was finished. Its goal to retrace the path of the FSS Beagle and make civilized contact with that race, to further increase technological knowledge. After 15 years construction, copying master plans of the FSS Beagle (stolen earlier before its disappearance) it was ready for its maiden flight.
Political decisions delayed the flight however for 18 months. 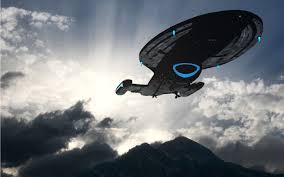 The vessel took off slowly taking the sky, loaded with several smaller air Vessels (MK 1 to 8) and two sets of each 6 Shuttles, it passed over the continent of later-to-be Alphatia, moving over the North Pole (where the Skyshield is thinner) ready to break the Skyshield and enter space, when suddenly a great explosion swept over Mystara. Unknown that this was the Great Rain of Fire, the captain tried to save the vessel, and decided to try to land in the Blackmoor colony on the continent of Brun. He ejected the nuclear rocket system above the area later to become Broken Lands, and crash-landed somewhere on the edge of the Mountainous icecap. Hundreds of people died instantly as the vessel went down on the frozen mountains of future Rockhome, the rest died within 2 weeks due to the cold, deprivation, radiation, monsters or by their wounds. There were no survivors. The vessel sunk in the ice due its heat and was soon covered with a thick layer of snow and ice, remaining hidden for ages. 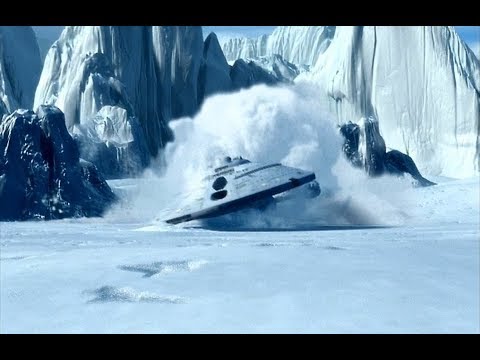 Future developments on Serraine
About 1014 AC The principles of the Delta Flyer are understood. The following years short trips outside the Skyshield are made.
About 1015 AC The Helldanic Knights discover the Mindflayers, frozen in bubbles of solid time on remains of meteors in space and even on Mystara. Unwittingly they release a great danger.
About 1018AC The use of the Teleporter are understood, greatly enhancing surface / Serraine transport, special crystals (magic and Anti-magic together are used as fuel...each gram combined equal 10.000 HD of spells. The Serraine Teleporters have a maximum range of 100 miles must be controlled by one person remaining on board, and can transport 8 units of 3000 cn (300 LBS) at the same time to the same desitnation and back. Teleports as normal Spell, but without ending in solid matter chance, by teleporting too low. (Too high is still possible though).
About 1019 AC The Delta Flyer first discovers the invisible moon of Myoshima, and makes friendly contact with the Rakasta living there (both are vivid opponents of Heldannic Knights).
About 1019 AC The discovery of the Hollow World is made, but after contacting Garal Glitterlode their immortal, he explained them the area is taboo to them, and explained it is a reserve of very dangerous and extinct species, not to be meant to be disturbed by their presence. The Gnomes understand and obey.
About 1020 AC The principles of the onboard food replicators are understood, though only a few remain, garbage can now be transformed into food or drink.
About 1022 AC The 4th planet is visited, revealing only a vast desert.
About 1025 AC The Invisibility spell is used on the delta flyer, to spy on the space travelling Helldannic Knights.
About 1027 AC The discovery that the 5th planet, long ago exploded, was once a haven of strange life is made. The strange assumption (though correct) is made that the Gray Ooze originates from this destroyed planet, and probably other species survived it to come to Mystara (how this is done is unknown). The Gnomes discover soon that these creatures also included the Mindflayers, who their cousins the Deep Gnomes already have encountered,

Shargugh (pronounced SHAR-guh) are small hairy humanoids. The smallest of all the gnomes, they average 2 to 3 feet in height.
Their long, chronically matted and tangled hair is usually walnut brown, although some rare individuals have dark-green locks. In addition, males have long, unkempt beards. Shargugh complexions tend to be dark and ruddy with bark-colored, gray-green skin, dark hair.
Their features coarse but oddly handsome, their eyes amber, deep green, blue, or brown.
Shargugh wear ragged brown or green clothing made from woven leaves, grass, and scraps of fur and old cloth. They rarely if ever wear shoes.
Adults of either sex weigh between 30 and 40 pounds.
Shy and elusive, the forest gnomes live deep in forests and shun contact with other races except in times of dire emergencies threatening their beloved woods.
A very long-lived people, they have an average life expectancy of 500 years.

Languages
Most forest gnomes can speak gnome, Fairy, Treant, and the secret tongue of druids; about 35% also speak Common. They also speak a simple language that enables them to communicate on a very basic level with forest mammals.

Combat:
A Shargugh can deliver a nasty bite, but 50% of all groups arm themselves with daggers or short swords. At least one member of an armed group will have a silver weapon.
All Shargugh are expert stone throwers; each typically carries 1d4+1 stones and can hurl one per round (with a range of 20’ / 40’ / 60’). These stones inflict 1d4 points of damage; a Shargugh gains a +3 bonus to attack rolls when hurling them.
They are sometimes armed with silver daggers. Forest gnomes prefer booby traps and missile weapons to melee weapons when dealing with enemies. Due to size and quickness they receive a -4 bonus to Armor Class whenever they are fighting larger than human sized creatures. Forest gnomes receive a +1 bonus to all attack and damage rolls when fighting orcs, lizardmen, troglodytes, or any other creature which they have seen damage their forest.

Thievery
Shargugh are mischievous and are likely to steal valuable objects from any creature encountering them. They are able to pick pockets with an 85% chance of success and move silently 85% of the time.
To dissuade Shargugh from stealing, woodland folk often leave offerings of food and drink far the creatures. In return for this, Shargugh have been known to carry out small but useful tasks.

Abilities
Shargugh are well adapted to their woodland homes and can pass through brambles and undergrowth with ease, just as druids can. All forest gnomes have the innate ability to Pass without Trace (as the spell). They are also able to hide in woods, with a 90% chance of success. They can climb vines and trees just as a thief climbs walls (75% chance) and can move silently 85% chance.
Five times a day, a Shargugh can use transport via plants, though the maximum distance it can travel is 600 yards. The Shargugh always has a 100% chance of arriving at the location it desires, so long as the location is within the 600-yard range.
They aggressively protect their woodland homes and do not tolerate wanton destruction of forests. They use their ability to hide in and move through undergrowth to avoid hand-to-hand combat with stronger creatures. Their pick pocket and transport via plants abilities enable them to steal weapons and spell components from their foes, then throw stones from a safe distance.

Habitat/Society:
Shargugh live singly or in family groups. Families usually number three (two parents and a single offspring). The young Shargugh will be a noncombatant infant 25% of the time and a juvenile or young adult with full adult abilities 75% of the time.
Each family occupying a large, hollowed-out tree. Most of these villages are disguised so well that even an elf or a ranger could walk through one without realizing it.
A young Shargugh never really leaves its parent’s territory. The youngster either remains until its parents die, in which case it inherits their territory, or the youngster and parents move to opposite sides of the parents’ territory. Eventually, the two groups form two entirely new territories with a common border.

Forest Connection
Each individual or group has a woodland territory roughly equal in area to a 24-mile-wide wilderness hexagon. Shargugh have symbiotic relationships with their territories. The shargugh’s life force both draws strength from and gives strength to its woodland home. In addition, Shargugh actively care for their territories-pruning the trees, picking the fruit, and fend off external threats.
A Shargugh will never voluntarily leave its territory, and if forced to do so, will sicken and die in 1-2 days unless returned before that time. Any section of woodland whose Shargugh is killed will became cursed and infertile for 7 years. During that time, no new plants or trees will grow. Existing plants and trees will continue to grow, but will not bear any fruit or flowers. A druid who casts a remove curse spell can restore fertility to the land of at least 12th level or a wish can restore fertility to the land before the end of the seven years at any time.
A typical Shargugh lair, by use of its transportation to the other side of the water and rocks confrontation is easily prevented.
Shargugh generally maintain friendly relations with any good or neutral woodland creatures living in their territory and will tolerate evil creatures as well, provided that these creatures do not harm the woods or try to subjugate the Shargugh. Dryads, centaurs, unicorns, and treants usually can count on the Shargugh as allies.
The Shargugh are a tribe of gnomes who delved deep into fairy and nature magic, and became mixed with it. In fact they have become a cross of Gnome and Fairy. This not only explains their magical abilities, but also their mischievous habits.
A Shargugh can live about 250 years, longer than a normal Gnome due to the fairy magic.

Ecology:
Forest gnomes are guardians of the woods and friends to the animals that live there. They will often help lost travelers but will strive to remain unseen while doing so.

and yes..according to what I found even Gremlins are part of the Gnome race

Gremlins are 3’ tall humanoids with pasty-green skin, large saucer-shaped eyes and large sideways directed pointed ears.
They have almost no hair, except some on the middle of the skull, cheeks, ears, and mid-chest.
Their skull and shoulders are often splotched by brow to dark-green patches. Their small irregular teeth seem to jut mainly outside their mouth.
They are whimsical and have an evil sense of humor. With an continuous fanatical grinning smile upon their face, they look a bit mean and nasty, while their large round skull—as wide as the body, the ears work like cat whispers to prevent becoming stuck—and small pot-bellied body seems hilarious.
Origin
They were created by an Immortal of Entropy (real name unknown, but a week-long continuous spoken sentence name is known—speaking this name gets oneself turned into a Black Pudding at the end). This Immortal disliked the fusion of Thought and Matter—imagining’ ideas made concrete and real, like Gnomish contraptions, gave him indigestion. But being a youngish Immortal of no great power and more given to sneakiness than direct confrontation, he did the Gnomes a worse turn than if he had turned all their gems into sugar candy. He created the Gremlins (probably by fusing them with already chaotic Fairies like the Imps) to subvert, confuse and irritate the living daylights out of everyone. This happened probably no more than 300 years ago.